In 2002 I founded Ideas in Action LLC as a vehicle for my “extracurricular” activities, which heretofore have primarily consisted of: 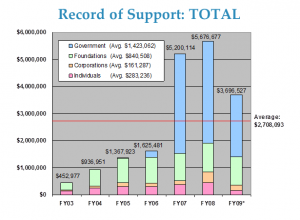 As a teacher, lecturer and writer one of my key tasks is to effectively and efficiently convey information to students in ways they can apprehend. As a consultant I bring these same skills to designing a wide variety of effective and efficient client presentations 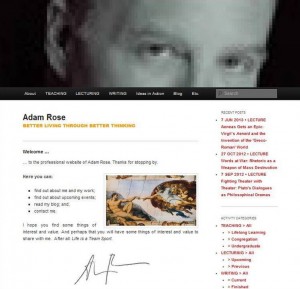 As a website designer I bring my skills of effectively and efficiently presenting information to developing a client’s Internet presence. Not the most technologically sophisticated perhaps, but more than adequate and very affordable.. 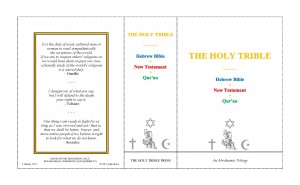 One of the great benefits of the Computer Revolution has been the decentralization of the power to publish. Ideas in Action LLC allows me to control the dissemination of my own works..
.

Following the eruption of the Second Intifada in 2000, I became involved in a number of organizations devoted to changing American public opinion about, and American public policy concerning, the Israeli-Palestinian conflict. After becoming dismayed by the fundamental lack of empathy supporters of each side had for the other, in 2002 I launched my own effort at “building massively-visible mass support for an evenhanded two-state solution for Israel & Palestine” by promoting the mass display of a simple, “symmetrically-affirmative” symbol: the Israeli and Palestinian flags crossed in friendship over the motto “Justice • Peace • Life”. The project ran for more than a decade but, alas, did not succeed. 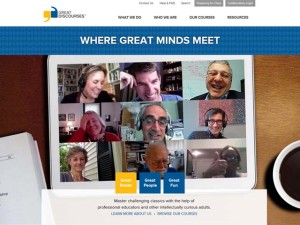 In 2014 I began a venture to enable me and other teachers like me to “do our thing” online. Great Discourses℠ offered faculty-led Great Books Socratic Method discussion courses online as well as in person and thus made adult liberal education much more broadly accessible than previously. The project ran until 2020.