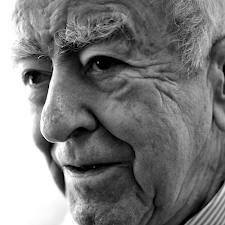 “The Socrates of Chicago”

Professor Anastaplo was profiled in The University of Chicago Magazine in an article entitled “One Door Closes” — a reference to a famous controversy concerning the State of Illinois’s refusal to admit the young Anastaplo to the bar that went all the way to the US Supreme Court. Curious yet?

On and by George Anastaplo